Meet the staff behind HCS, the amazing donors who've contributed financially and read about our server's history. 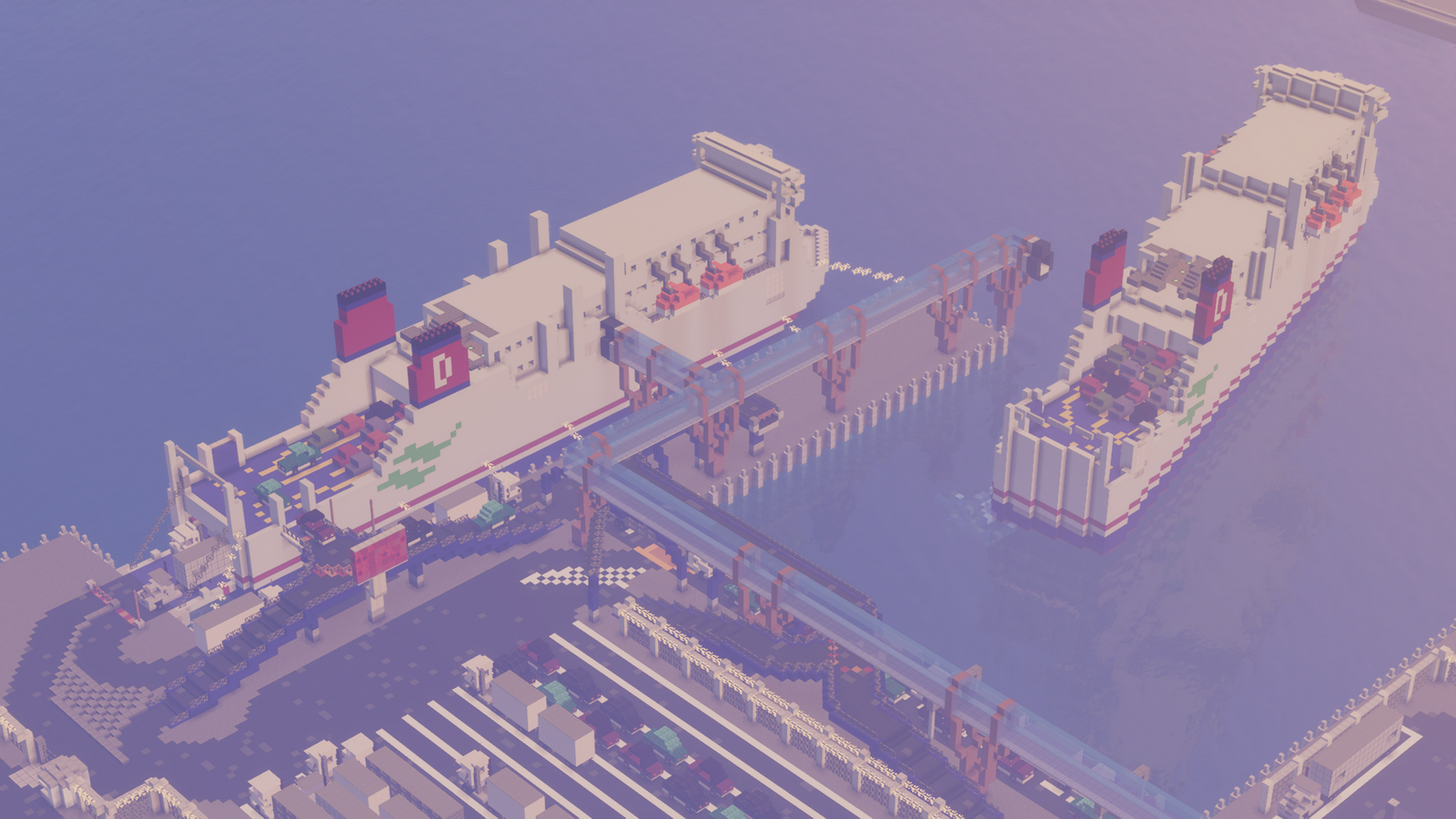 Want to see your name here as part of the staff team?

NB: Only Builders who are active (i.e., have contributed to New Harlon) are listed below.

Want to see your name here as part of the build team?

These amazing donors have contributed financially to the operation of Harlon City Server. We are extremely appreciative of their contributions.

Want to see your name here as a donor? Buy an item on our server store and help keep Harlon running!

The server is founded by Antlucl and Optimized_ as a private server, and construction of a city begins at South Avenue in the Old Harlon world. The goal is to build a realistic city.

The server is officially named Harlon. It had previously been unnamed, using the temporary name CityTown.

The Builder application opens, allowing Builders to apply to join the server. However, the server actually only opens for Builders the following year.

Builders are now allowed to join the server.

It is decided to open the server "and see where it goes", even as the city is far from completion.

The server opens to the public. The server sees a lot of new development both in building as well as in features in the following weeks and months.

The "100 player update" starts being released as the server reaches 100 players having joined. The update introduces Quests, automatic purchases of apartments, as well as the build-up to the first elections.

On the server's 3rd founding anniversary, the first elections for Parliament are announced, slated to take place between April 30th and May 2nd.

Stenford Bay, the suburb where everyone is allowed to build, opens.

The "Business Update" is launched, introducing three different levels of factories which you can buy.

A "Boost Week" is held, featuring special events each day of the week.

Plans for a brand new world secretly begin to take form, and prototypes for new city standards are made. A new map for the world is made using WorldPainter.

The New Harlon world is officially announced, with the goal to create an even better city, and possibly country.

Stenford Bay is expanded, as the existing area had grown close to full.

It is announced that the New Harlon world will feature 3D vehicles, with the first prototypes showcased.

The second General Election is held, with a voter turnout of 27. Kangaroo567 once again becomes Prime Minister with the start of a second term after the term's first Parliament meeting.

Harlon celebrates one year since the public opening of the server.

Stenford Bay is once again expanded.

The third General Elections are held, with Prime Minister Kangaroo567 not standing for re-election, ending their tenure as PM. To this day, they are still the longest serving Prime Minister in Harlonian history. With a voter turnout of 39, the server sets a new record for the maximum players online at once, with 19 players participating at the in-game announcement of the election results. At the first Parliament meeting of the new term, SirPenguinMay (now Keonian_)'s' government is formed and takes over.

The opening date of the New Harlon world is officially announced - July 17th.

The final Early Access Pass, number 17, for the New Harlon world is hidden and found.

The New Harlon world is launched, with 43 players participating in-game at the launch. This sets a new record for the most online players at once, still held to this day.

The previous world, now known as Old Harlon, closes after more than 4 years of service. The server has now hence fully moved to the New Harlon world.

The fourth General Election is held, with a turnout of 51. The first constitution of Harlon is also approved. At the first parliament meeting of the term, Nexalin becomes Prime Minster.

A hockey plugin is announced and starts development for the server, after several Harlonians contributed to the cost of development.

Harlon celebrates two years since the public launch of the server. Old Harlon is re-opened for 48 hours.

The first hockey game is held with the new hockey plugin developed for Harlon.

The first hockey game is held with the new hockey plugin developed for Harlon.

Harlon participates in the Olympics, arranged by the United Nations.

Optimized_, one of the two owners and founders of the server, resigns.

The fifth General Election is held, with a voter turnout of 58. At the first Parliament meeting of the term, thegoldenportal forms a government and becomes Prime Minister.

The New Harlon world celebrates one year since its public launch.

The entire world map with the exception of the City of Harlon is completely overhauled with a new and better map replacing the old. It can be seen as New Harlon V2, with development of other cities starting shortly thereafter.

A new government led by Nich2007olas19 as Prime Minister takes office after the previous one falls to a vote of no confidence. It was the first time in Harlonian history a new government took office in the middle of a term, instead of following a General Election.

At long last, Hockey is released as a mini-game that can be played at any time. Previously, it had only been playable when a game was hosted by Staff, or during Harlon Hockey League games.

The development of a Harlon-exclusive jobs plugin begins, following many Harlonians contributing to the funding of the plugin.

The Lumea Isles, Harlon's second freebuild area after Stenford Bay, is announced and opened to coincide with the 3rd anniversary of the server, with a competition organised for players to see who can reach the islands first. TheLionDev44 is the first to reach the Lumea Isles by plane, followed by jcthegamer2020 and SwiftGolemn059, with all three winning cars as prizes. After the challenge finishes, a new ferry route between Upminster Harbour and Cerulean Harbour on the Lumea Isles opens to provide a link to Harlon City. Players set up a Lumea Isles Discord server consisting of a Lumea Council (with no legal recognition/power) to kickstart and coordinate player construction in the new freebuild area, as well as Lumea United Railways (LUR), Lumea Airlines and Lumea Taxis to provide transportation services within and to/from the Isles.